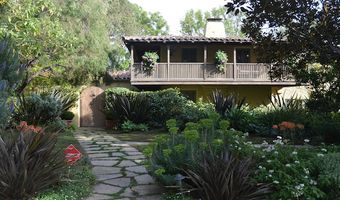 The digital downloads are free and donations are greatly appreciated. Thank you so much for supporting historic preservation!

Digital downloads enable you to view architectural and historical highlights of the district and learn about the evolution of the neighborhood from the comfort of your own home. Downloads are free. Donations are welcome and appreciated.

Santa Monica is home to over 130 murals – some stand boldly on our boulevards while others are hidden in alleyways, obscured by development or faded by time. Each has a story to tell or an issue to air, adding vital strands of inclusion to the fabric of our city. Explore 36 select murals throughout our city. A recording of our webinar to pair with your tour is provided in the email receipt.

Living in a Landmark

From a church built in the same year as Santa Monica's founding in 1875 to a grand adobe residence by John Byers, the historic homes on this tour showcase many creative solutions of property owners to finding the balance between historic preservation and modern functionality.

Discover the architectural qualities and charm of five vintage homes throughout Santa Monica with our Spectacular Vernacular Tour brochure. Explore a cottage from 1897 as well as Craftsman and Spanish Colonial Revival residences and learn how these homeowners chose to retain their historic homes and modify them for contemporary living rather than demolish and start anew. A Google Map of sites will be provided in email receipt.

The Architecture of John Byers

Explore six historic locations built by master architect John Byers. Inspired by the traditional buildings of Latin America, Byers was self-taught and opened his own tile factory at 26th Street and Colorado Boulevard. Byers designed more than 200 homes in Southern California, influencing the architectural landscape of Santa Monica and the Westside. See early homes exemplifying Byers' mastery of the Spanish Colonial Revival style and his private residence on La Mesa Drive, where he lived for nearly 30 years before he died in 1966. A Google Map of sites will be provided in email receipt.

This seaside neighborhood features an eclectic mix of architecture from American Foursquare, Craftsman and Dutch Colonial to Italian Revival, Mission Revival and more. Constructed largely between 1901 and 1905, this section of Ocean Park was the impetus for a seaside housing boom on our City's south side. Learn why much of the area was razed in the 1960s and how residents successfully advocated to protect the properties that remain today. See how these historic homes have been updated for modern life. A Google Map of sites will be provided in email receipt.

The contemporary and historic homes of Adelaide Drive were built in the early 20th century by wealthy pioneer families. Early residents included silent screen star Anita Stewart as well as Roy Jones, son of Santa Monica co-founder Senator John P. Jones. Today, five of these residence are still standing as designated landmarks, and the area remains popular with artists and writers, including architect Frank Gehry, cartoonist Matt Groening and author Mona Simpson. A Google Map of sites will be provided in email receipt.

Learn how a little Shotgun House built in the 1890s was saved from demolition and relocated three times before becoming our award-winning Preservation Resource Center. See photos from its long journey and how sensitive rehabilitation preserved the last intact shotgun house in Santa Monica for our community.

Explore Santa Monica's first historic district neighborhood, designated in 1990, which protects 38 historic structures built between 1875-1930 exemplifying the early development of Ocean Park. The area preserves many circa-1900 bungalows as well as four structures from the late 1800s, including the 1893 Hostetter House as well as what may be the oldest wooden structure in Santa Monica.

If you are printing the brochure, we suggest printing double-sided and flipping on the short edge.